Poem about the Sabbath

This is a poem about how God created the earth in six days and then He rested on the Sabbath. After He created the world He blessed the Seven Day and made it Holy. But is the Sabbath still Holy? Did God intent for the Sabbath to be abolished?


Unfortunately, the Sabbath has became abolished, it has become abolished by you and I! Yes, when we do not recognize or remember all the amazing things God created we have abolished it!
He created the Heavens, He created the earth too! But out of all the wonderful things He created His greatest creation is you and I! 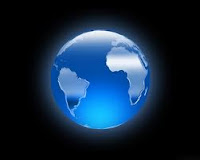 O My People, Remember Me

“Indeed, I created the heavens first,
I did visualize you when I created the earth.
The earth was totally dark,
so I had to create some light,
I saw it was good then I separated it from night.
I made man by putting blood in his vain,
He was made from the dust
before the earth saw any rain.
Man became a living being
when I blew in his nose,
as soon as that happened
he immediately rose.
I spoke to Adam face to face,
He told Me that earth
was a very lonely place.
I made him in the image of Me,
I was despised when he ate off the tree.
I came to turn this wrong into right,
because out of all I created,
man was My delight.
On the seventh day,
I rested, blessed it, and set it apart,
when I sanctified the Sabbath,
it became a part of My heart.
I declared it to be holy back then,
and it shall remain Holy until the end.
Believe me, the hour has come
where many are believing a lie,
Satan surly wants My Holy Day to die.
But The True Worshipers remembers all the thing I  have done,
Indeed, the true worshipers, I seek such one!
·
Genesis; 1 & 2, Leviticus 23:3, 25:1-7, Psalms; 8, 25:5,
Exodus; 20:8-11, Isaiah; 58: 13-14, Psalms 29, John 4:23