On 10/2/12, Antonio Redmond, a man who lives in Detroit Mi was seen standing on the corner of Oakland blvd @ Owens Ave shouting and screaming violently. Police was called to restore the order. Mr. Redmond  seemed possessed by a demonic spirit because he made references to Death Row Records, Tupac, and Sug Knight while his family tried to help assist him.

His family believes Mr. Redmond was possessed by one or more demonic spirits. His father said "Antonio is a great kid who has never been into any trouble. He also states that "my son was heavily influenced by the negative messages in gangsta rap music". The only remarks coming from Mr. Redmond as people tried to assist him was about Sug knight, death row records, and Tupac! 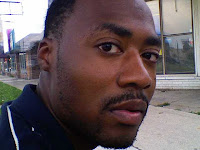 The family asks that you keep Antonio in your prayers!
Composed by: Tim Gillam