Are you living under the New Covenant? 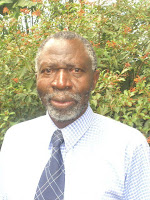 The Old Covenant Bible from Genesis to Revelation was/is given by God to carnal knowledge people to be interpreted in carnal knowledge of FLESH for ever and ever. But the very same handwritten Law from Genesis to Revelation when is interpreted in knowledge and wisdom of God by the indwelling Spirit of God in chosen and worthy souls, reveals the heavenly Jerusalem invisible things to substitute earthly Jerusalem visible things in pattern, is the PROMISED NEW COVENANT BIBLE that gives eternal life to chosen souls immediately God exposes the chosen soul to the New Covenant Bible understanding. 2 Corinth 3: 5-6....13-15, Gal 4: 21-28.Use KJV Bible.

The handwritten Law interpreted by human carnal knowledge(s) is revealed to be the invisible heavenly Jerusalem Moses who substitutes the historical human Moses of the handwritten Old Covenant Bible. Moses who lead the nation of Israel in the Middle East, from Egypt, a country in the Middle East to Canaan a physical place in the Middle East is a copy of the Invisible Moses, the Old Covenant Bible that is read in carnal human knowledge(s) to this day 2013 on wards leading the carnal knowledge readers and interpreters of the Bible from the Old Covenant Bible carnal interpreters of the OLD COVENANT Bible that enslaves the carnal knowledge people to serve the earthly Jerusalem city/ kingdom visible things instead of serving the heavenly Jerusalem invisible things; until the New Covenant Bible (CHRIST) that is taught by the knowledge and wisdom of God is revealed who in turn reveals the heavenly Jerusalem invisible God to be served and worshiped in Spirit and truth.

The invisible heavenly Jerusalem Moses is the INVISIBLE old Covenant Bible from Genesis to Revelation that is read and interpreted in carnal human knowledge which kills souls to this day of 2013 on-ward. But the handwritten Law from Genesis to Revelation is the invisible Christ of heavenly Jerusalem city/ kingdom that substitutes the historical Jesus Christ who preached in Israel of the Middle East of earthly Jerusalem city/ kingdom 2000 years ago.

The invisible Christ/Joshua who is known by ONLY the revelation knowledge of God is the invisible New Covenant Bible priesthood that is also read like the invisible Moses, but HE is the BIBLE WORD that is read and interpreted in the knowledge and wisdom of the Spirit of God in every chosen soul by God. Christ the New Covenant Bible priesthood gives eternal life to ONLY chosen and indwelt souls by God. James 1: 18-21, 1 John 2: 7-8. 1 John 5: 7-8... 12, 2 Corinth 5: 16, 1 John 5: 7-8, 2 Corinth 4: 1-18. Use KJV Bible.