Christ Fire Ministries is a Christian church in Uganda. Great amazing miracles from God is being shown daily! Healing from sickness, casting out demons are just a few great signs from God that is being manifested here! 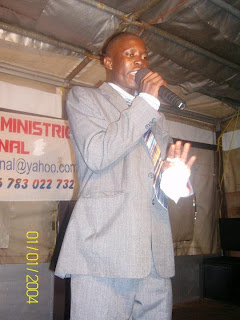 Praise the Lord Jesus!
My name is Pastor Nathan Ssenkoole, I am from Kampala, Uganda. God is using me in with a prophetic gift, people are healed, and delivered from the powers of darkness!

I would like to share some testimonies about what God has been doing through my life and ministry. There's a younger man name John. He is 19 years of age, he had a swollen neck and the doctors said that it was cancer. They wanted to do surgery on him, but his family was too poor for the bills and they almost gave their son to death. I told them to keep bringing him into my presence to lay hands on him. it did not take long long before the cancer disappeared and his neck came back to normal! Now, the young man is serving God and happy of what God did for him through my ministry.

A woman named Martha heard about me through her friend. The friend told her of how God is using me mightily. The lady made an appointment with me. She had 4 miscarriages, and was now pregnant with twins. The doctor said to her that she was not going to make it. But I laid my hands over her and told her that she was going to have birth in the month of May! It absolutely happened! In the month of May, she had her twins who are now 4 years old!

There is a man name Robert, who also came to my ministry after being tired and broken from the world. He said he failed in everything, I prophesied a break through into his life. Robert, who was almost jobless, God prospered him and he began his own bakery company!

There's a woman named Debbie from U.S.A. Her sister called me as she was declared as dead, but when I went before God and prayed, the next day, I got a email from her family saying she was restored back to life! She is still living now!

I have many testimonies to share, but what I have chosen these to share because I would like to meet Christians who can be part of partnership into this ministry by monthly donations or a one time gift.

I also organize crusades in different parts of Uganda. I touch hundreds and thousands of people and bring them back to God! I uplift them spiritually. Every after two months, me and my team organize crusades, but we pray we can get some people to stand with us. 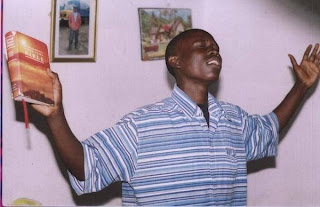