The name of this poem is called a Road Called Death. This poem is about hardships and trials. It is a poem I wrote while in the Wayne County Jail in Detroit MI. 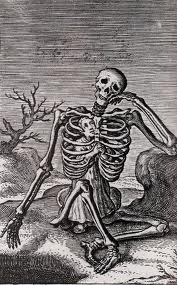 The name of this story is a 'Road called Death",
it's a true story that I wrote about myself.
It was on a cool cloudy fall type day,
I was on a hideous road that went one way.
There was nobody around
only blood and bones covering the terrain,
There were evil spirits and demons
walking on the road which nearly drove me insane.
The only thing I saw were dead corpse alone the road's side,
obviously these victims didn't find a detour before they died.
Some died from pure exhaustion and others were violently slain,
the one thing they had in common
was they both died suffering pain.
It was a nightmare being stuck out on this road alone,
I was trapped like the victims who entered the Twilight Zone.
I knew what I needed to do when I felt the temperature drop,
so I planned to exit off at the next available stop.
My heart was beating fast while I was trying to catch my breath,
the fact that I was still alive was truly a miracle in itself.
I looked diligently for an exit, but there was none in sight,
I sought desperately because I knew I would have died at night.
I moved as fast as I could--it was getting late,
I vowed not to allow death to be my fate.
I was so scared that my life flashed before my eyes,
but I was determine not to allow this road be my demise.
When I didn't find an exit I felt I was gonna die,
I lost all faith and asked the Lord "Why?"
Suddenly, lo and behold, there appeared a sign not far ahead,
I became overcome with joy after reading what it said.

"BE NOT AFRAID, THE ROAD TO HOPE IS HERE!"

I was so grateful to see the exit appear.
I didn't waste time, I immediately made the turn,
and swore to myself that this is a place I will never return.
Now, if someone told me this story,
I wouldn't believe it myself,
but I assure you that I was delivered from
the road called "Death"