The Four of Spade is an anagram meaning Spiritual conflict or war between Christ and Satan. This is a war between good and evil is taking place now spiritually. There’s a conflict of interest between God and man. God is the creator of heaven and earth, but satan has lead people to believe that God is a myth! Satan even told Jesus “IF” He bowed down to him he would give Jesus the kingdoms of the world and their glory. Matthew 4:4-9 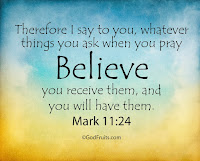 Satan said the kingdoms of this world is his to give to anyone he wishes including you and I, but there is a price to pay if you accept his offer. Material possessions and money can’t save us from judgment. Even if satan could give us the world what good would it do us? Would having the world in your hands make you right with God? Would having all the money in the world save you from death?

The Four of Spades came to me by means of a dream. I have decided to make an attempt to help those searching for answers. I pray that the following anagram has meaning to your soul.
F—the letter F stands for Faith. The bible tells us the Faith is things hoped for and evidence of thins not seen”. By faith we are saved! But the bible also says that “without Faith it’s impossible to please God.
O—the letter O is for Obeying. We must be obedient to His commandments and His Will. The Bible says that we should obey those in authority. Hebrew 13:17
U—the letter U is for Unbelief. It’s difficult for anyone to believe in things they can’t see, but this is exactly what God is asking you to do is believe no matter how good or bad things appears. For example, Jesus wasn’t able to perform miracles in His hometown because of people’s unbelief. People only saw Him as the carpenter’s son but not the Son of God. As a result of their unbelief, Jesus departed from their presence. We can’t afford to allow Him to depart for us due to unbelief. The people missed out on great blessings due to their unbelief. Blessed are we who have the faith to believe without seeing Him physically.
R—the letter R is for to be Ready! Jesus said “watch and be Ready” No one knows the exact time He is coming back to earth to bring wrath. Yes, many will be condemned because of the evil deeds but you and I have Life and don’t have to experience His wrath.  We should be ready to meet Jesus at all times. Satan wants to trick you to believe that you have nothing to worry about. Satan wants you to believe that the Bible isn’t true. But Jesus is asking you what do you believe in your heart?


“He who believes and is baptized will be saved,
but he who doesn’t believe will be condemned”
Mark 16:16